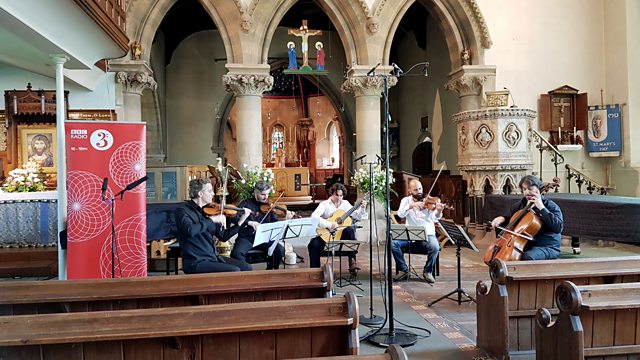 Clemency Burton-Hill presents a concert of music with a Spanish flavour, performed by the guitarist Morgan Szymanski and the Cremona Quartet, broadcast live from St Mary's Church, Hay-on-Wye, during the 2016 Hay Festival. As part of BBC Music Day we'll be hearing about the Hay Festival Guitar Jam taking place earlier in the day, when amateur guitarists come together with Morgan Szymanski to create a brand new piece of music. Also included in the concert is one of Haydn's last string quartets, the Variations on a Theme of Mozart by Fernando Sor, and the Guitar Quintet No 4 by Boccherini, complete with castanets.