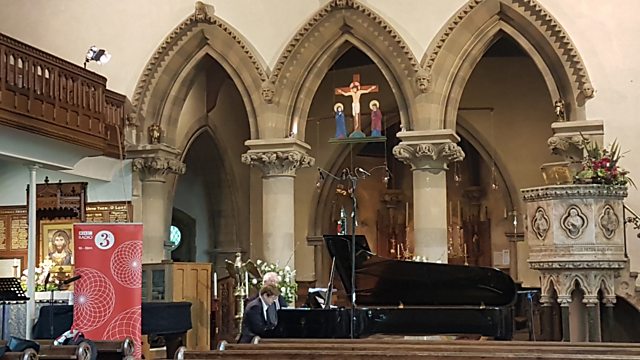 Clemency Burton-Hill presents a concert of music with a Spanish flavour performed by the pianist Pavel Kolesnikov, broadcast live from St Mary's Church, Hay-on-Wye, during the 2016 Hay Festival. Included in the concert is a selection of sonatas by the Italian composer Domenico Scarlatti, music by the highly idiosyncratic composer CPE Bach - a Sonata in E minor and a set of variations on La Folia - and finally Beethoven's intimate and lyrical Sonata No 10 in G major, Op.14 No.2.