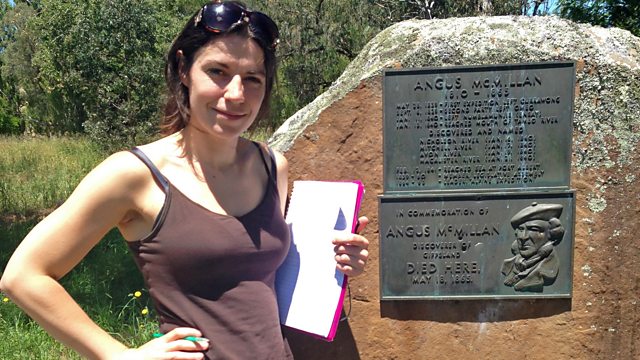 Martin Gurdon is a motoring journalist. In his book, An Estate Car Named Desire, he recounts tales of his car-obsessed childhood in the 1960s - a lost world of Ford Anglias, Triumph Heralds and Morris Minors. During his dysfunctional years at boarding school cars were both his salvation and his undoing. An Estate Car Named Desire - A Life on the Road is published by Duckworth Overlook.

Baba Israel is a hip-hop artist. He will be performing The Spinning Wheel at the Roundhouse, as part of The Last Word Festival. The multi-media production explores the life of his father Steve Ben Israel, a New York-based poet, jazz musician, activist, stand-up comedian and member of the Sixties performance collective The Living Theatre. The Spinning Wheel is at The Roundhouse, London NW1.

Cal Flyn is a journalist whose book, Thicker than Water, tells the story of her great-great-great uncle, Angus McMillan. Mythologized as a dashing explorer and pioneer who left his native Scotland for Australia during the time of the Highland Clearances, he in fact led a number of gruesome massacres of indigenous people. As she traces his footsteps across Australia, Cal asks how a man could commit such terrible acts and considers the concept of intergenerational guilt. Thicker Than Water - History, Secrets and Guilt is published by William Collins.

Simon Watt is a biologist, stand-up, writer and broadcaster. His new comedy science podcast, Level Up Human, explores various ways to improve the human condition. Featuring guests from the worlds of comedy and science, the podcast asks whether we will soon be able to edit the human genome with so-called molecular scissors and examines the case for driverless transport and companion robots. Level Up Human launches at the Cheltenham Science Festival.