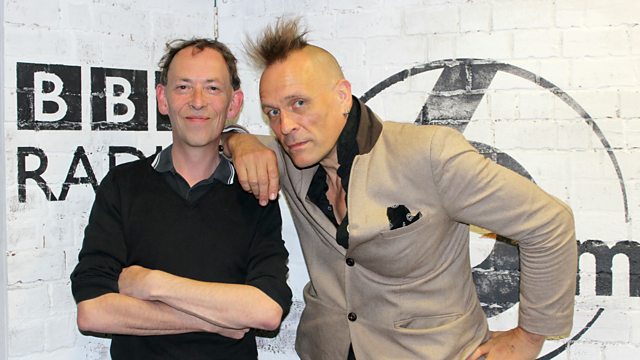 Steve Lamacq kicks off the Punk Rock World Cup, in which 16 punk bands battle it out to find the ultimate champion, as chosen by the 6 Music listeners.

Steve kicks off the Punk Rock World Cup with John Robb. 16 punk bands will go in to the hat to be drawn against each other and battle it out through the week to find the ultimate champion, as chosen by the 6 Music Listener. The Ramones, Black Flag, The Sex Pistols, The Slits, John Cooper Clarke, The Buzzcocks, The Clash - who makes it to the final? It's all to be decided!
The Punk Rock World Cup ties in to the celebrations for BBC Music Day 2016 on June 3rd, the second annual UK-wide celebration of everything we love about music with the aim of bringing people from different generations and communities together.
Before the final, on Friday June 3rd, the Radcliffe and Maconie show will be live from Manchester's Lesser Free Trade Hall commemorating the 40th anniversary of the seminal Sex Pistols gig. They will be joined by Glen Matlock of the Sex Pistols, Manchester's noveau punk band PINS playing live, and Pete Shelley of the Buzzcocks.