Screen adaptations of Shakespeare plays. After the Battle of St Albans, Plantagenet and the Yorkists ride to London to claim the throne.

After the Battle of St Albans, Plantagenet and the Yorkists ride to London to claim the throne. Henry negotiates to keep the crown for his lifetime but agrees to disinherit his son Prince Edward.

Margaret is outraged and attacks Plantagenet at his house, slaughtering the duke and his youngest son Edmund. Elder brothers Edward, George and Richard escape and swear to avenge the murders and destruction of their house.

The Yorkists are victorious at the Battle of Towton and Plantagenet's eldest son is crowned Edward IV. Henry VI is imprisoned in the tower and Margaret escapes to France with her son Prince Edward.

Warwick travels to the French court to find Edward a bride. Word arrives that Edward is already betrothed to Elizabeth Woodville. Humiliated, Warwick switches sides and joins the House of Lancaster. Together with Margaret and the French king, Warwick forms an alliance to place Henry back on the throne.

George, Edward IV's brother, also joins with Warwick after failing to secure a good marriage or advance at court, but returns to the Yorkist cause moments before the Battle of Tewkesbury. The Lancastrians are defeated and Warwick is killed.

In the aftermath of battle, Richard slays Prince Edward in front of a distraught Margaret. Richard returns to London and murders the former King Henry in his cell. The court of Edward IV congregates for the christening of a new heir to the throne. The Yorkist dynasty seems secure.

Henry VI Part 1—The Wars of the Roses

Richard III—The Wars of the Roses

See all episodes from The Hollow Crown 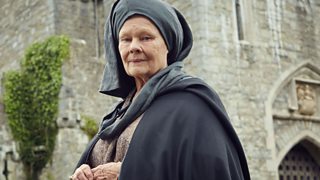 How did the actors tackle Shakespeare's fictional versions of real historical figures? 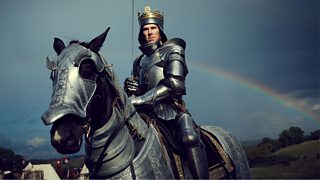