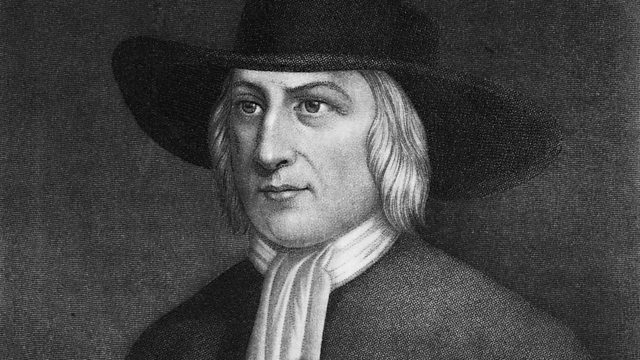 George Fox, dissenter and founder of the Quakers, is nominated by Ann Limb. Presented by Matthew Parris. From 2016.

George Fox, born in 1624 in Leicestershire, is best known as the founder of the Quakers. In early life he was apprenticed to a shoemaker, and for a while he worked as a shepherd as well. But it was as a preacher travelling widely across the land that he made his name, and also received the most abuse. As he writes: "... the people fell upon me in great rage, struck me down and almost stifled and smothered me. And I was cruelly beaten and bruised by them with their hands, Bibles and sticks."

Nominating the dissenting George Fox is Ann Limb, chair of the Scout Association. Also in studio, Jonathan Fryer, editor of George Fox and the Children of the Light.

Matthew Parris presents, and the producer in Bristol is Miles Warde.