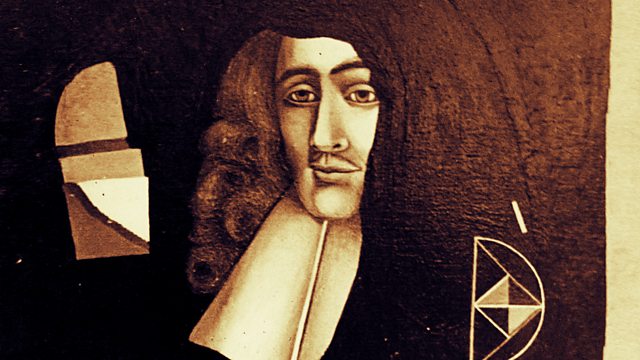 God Intoxicated Man - The Life and Times of Benedict Spinoza

Michael Goldfarb tells the story of Dutch philosopher Benedict Spinoza, who 350 years ago, asked 'who is God?' and what role should religion play in government.

Michael Goldfarb tells the story of Dutch philosopher Benedict Spinoza, who asked Who is God? and what role should religion play in government.

In the middle of 17th-century Europe religion and politics were inseparable and the result was bloodshed everywhere. Then a Dutch Jew, Benedict Spinoza, wrote a book that challenged this idea of government. His argument: get priests and clergy out of politics. People should not be ruled by monarchs who claimed they were anointed by God. Let there be democracy, where reason and intellect guide the state.

You can guess how this argument was received. Spinoza was called "the renegade Jew from Hell."

Michael Goldfarb tells the story of this God Intoxicated Man and the world in which he lived - the Golden Age of the Dutch Republic - and how he has become the philosopher with new relevance for our times. Atheist, pantheist, heretic, or none of those things; man of science and moral philosopher, Spinoza's conception of the universe has influenced scientists, playwrights, novelists, poets and musicians.

Using Spinoza's own words, interviews with philosophers and music inspired by his thoughts, Goldfarb tells the story of the man of whom it was said, "Christ was sent to redeem man. Spinoza was born for a far greater purpose. He was born to redeem God.".