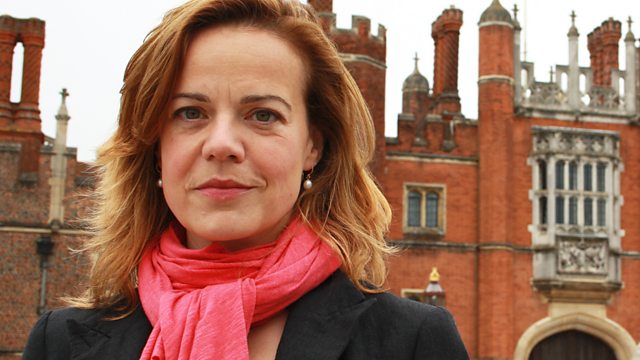 England: Made in the Middle
Episode 1 of 5

Helen Castor examines the conventional idea that England's history as a single, indivisible unit began in Wessex, precursor of the modern English south, under King Alfred.

Historian Helen Castor examines the role of Mercia in the creation of England.

There's something reassuringly eternal and inevitable-sounding about 'this England', as John of Gaunt famously describes it in Shakespeare's Richard II. He says it was, 'Built by Nature'. And of course England does have a landscape that was shaped by nature, but 'this realm' - the kingdom, England as a political entity - is, and already was in Gaunt's time, a human construction.

That being the case, Helen Castor asks where was England made, and who made it? And the answers come back - in its undersung middle parts, by Midlanders. Though we tend to think of it in terms of North and South, England was in significant part dreamt into being in the imaginations of the men and women of the country's heartland, harvested in its intensively laboured enclosures, forged in the fiery industrial furnaces of the Midlands.

In this first programme, Helen examines the conventional idea that England's history as a single, indivisible unit began in Wessex, precursor of the modern English South, under King Alfred. Major sources for early English history - including the Anglo-Saxon Chronicle, written in the South - underscore this notion. But actually much of the work essential to unification happened in the kingdom of Mercia, precursor of the modern Midlands. It's just as well that the Staffordshire Hoard recently dug itself out of the earth after a millennium and more, in order to refocus historical attention. The Hoard, consisting of over 1,500 items, was discovered in a field a few miles south-west of Lichfield in Staffordshire in 2009 and offers irrefutable proof of the power and influence of the Midlands in the medieval world.

Produced by Robert Shore and Ashley Byrne
A Made in Manchester production for BBC Radio 4.

See all episodes from England: Made in the Middle