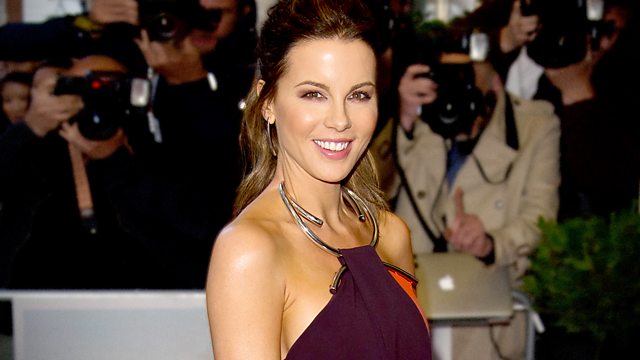 Love and Friendship, Nicola Mendelsohn, Facebook Europe VP, Baroness Patricia Scotland, secretary-general of the Commonwealth, and being married to a Catholic priest.

Kate Beckinsale joins Jenni to talk about her new period drama 'Love and Friendship' which is based on Jane Austen's novella 'Lady Susan'. She plays the deliciously scheming and manipulative widow, Lady Susan Vernon, who visits her in-laws to wait out the colourful rumours about her flirtations circulating through polite society.

Nicola Mendelsohn is Facebook's most senior employee outside the US and the figurehead of a new campaign which aims to give more UK women the practical support they need to start a business. Nicola talks about her career, the inner workings of Facebook and why 1 in 10 women in the UK want to start a business but don't.

In the fourth link of the series 'The Chain' Jane Garvey talks to Baroness Patricia Scotland, Secretary-General of the Commonwealth. She was nominated by Chief Crown Prosecutor Grace Ononiwu. Baroness Scotland and Grace worked together to tackle the issue of domestic violence when Baroness Scotland was Attorney General.

There are approximately 130 married Catholic priests in the UK who were once Anglicans. We hear from the wife of one who is concerned at how ill-equipped the church is to deal with families when the majority of their clergy are single men. Caroline Farrow and Father Alexander Lucie-Smith join Jenni.

Jodie Foster talks about fame, her relationship with her mum and her latest film project

The St Barnabas Society, is a registered charity, operating in Great Britain and Ireland and exists to provide pastoral and financial help on behalf of the whole Catholic community.