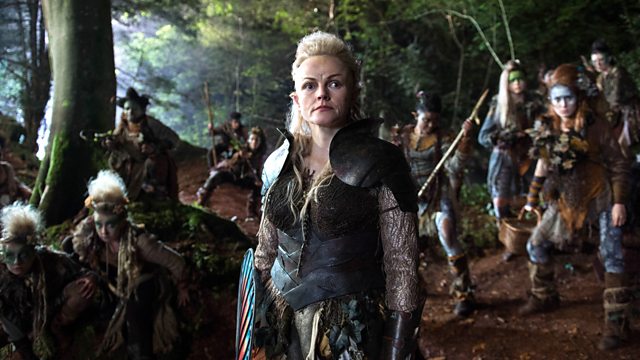 Russell T Davies on A Midsummer's Night Dream, Love and Friendship review, Rufus Norris talks about directing The Threepenny Opera, and the 25th anniversary of Thelma and Louise.

Russell T Davies first encountered A Midsummer Night's Dream as an 11 year old cast in the role of Bottom. Now the man who relaunched Dr Who and who has been described as the saviour of British television drama, discusses his desire to make his own production of Shakespeare's most exuberant play for TV with Kirsty Lang.

Jane Austen is back on the big screen - this time based on her novella Lady Susan and adapted on film as Love and Friendship, starring Kate Beckinsale. The scheming Lady Susan Vernon dedicates herself to a hunt for a husband both for herself and her daughter Frederica, with implacable determination. Viv Groskop reviews.

Rufus Norris, the artistic director of the National Theatre in London, talks about his new production of The Threepenny Opera. With a new translation by Simon Stephens, who also adapted The Curious Incident of the Dog in the Night-Time, it stars Rory Kinnear as the amoral, antiheroic criminal Macheath, and Haydn Gwynne as the vengeful Mrs Peachum.

On the eve of the 25th anniversary since the release of Ridley Scott's road movie Thelma & Louise - starring Susan Sarandon and Geena Davis - the novelist, game designer and self-professed feminist, Naomi Alderman celebrates the cult classic.

A Midsummer Night's Dream is broadcast on BBC One on Monday 30 May at 8.30pm.
Image copyright: Des Willie

Love and Friendship is in cinemas from Friday 27 May, certificate U.

Thelma and Louise is available on DVD and Blue Ray.