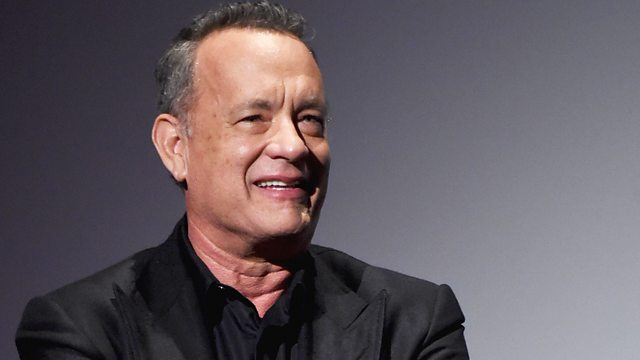 Kirsty Young interviews actor Tom Hanks, who chooses the records he would take with him to a desert island.

From 'Big' to 'Sleepless in Seattle', 'Captain Phillips' to 'Apollo 13', his long and distinguished film-making career has brought him multiple awards and many plaudits. He's the recipient of eight Emmys, one Bafta and four Golden Globes and was the youngest ever actor to be given a lifetime achievement award by the American Film institute. The voice of Woody in the 'Toy Story' films, he won the first of his two Oscars in 1993 for Philadelphia and again the following year for Forrest Gump.

His parents split up when he was 5 and he went to live with his father. By the age of 10 he'd lived in ten different houses in five different cities. He loved school and developed a passion for history which is reflected in the film he made with Steven Spielberg, 'Saving Private Ryan' and the TV mini-series 'Band of Brothers' and 'The Pacific' which he also produced.

His latest film is 'Hologram for The King'.

He is married to the actor & producer, Rita Wilson.

See all clips from Tom Hanks (4)