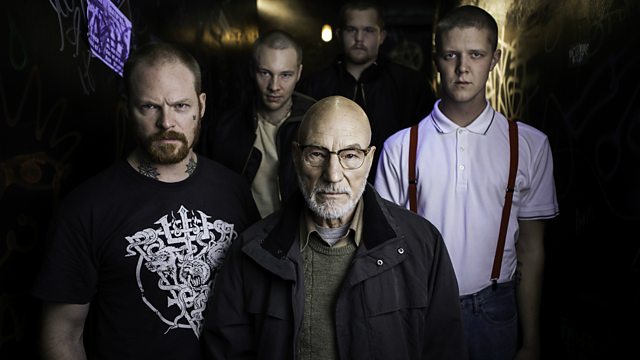 Lionel Shriver's The Mandibles, Richard Linklater's Everybody Wants Some!!, horror film Green Room, Spy Monkey's The Complete Deaths, and Gillian Wearing's A Room With Your Views.

Lionel Shriver's The Mandibles imagines a dystopian America of the future
Richard Linklater's follow-up to his Oscar-nominated tour de force Boyhood is meant to be the spiritual sequel to 1993's Dazed and Confused. Everybody Wants Some!! looks at a group of baseball scholarship students settling-in at a Texas university
Horror Thriller film Green Room has been making some audience members vomit and faint -how well will our reviewers cope?
At the Brighton Festival: Spy Monkey's The Complete Deaths brings all of the grim and ghastly killings from Shakespeare's works into one gruesome play
Gillian Wearing's A Room With Your Views captures a snapshot of views from windows around the world - what does it reveal?

Everybody Wants Some!! is in cinemas now, certificate 15.

The Mandibles by Lionel Shriver is available in hardback and ebook now.

Learn more about the events taking place at the Brighton Festival here.

The Complete Deaths is at the Theatre Royal Brighton as part of the Brighton Festival until 15 May 2016. It then goes on to tour the UK find full places and dates here.

Gillian Wearing - A Room With Your Views is at the University of Brighton Galleries, as part of the Brighton Festival, until 29 May 2016. You can submit your own view here.