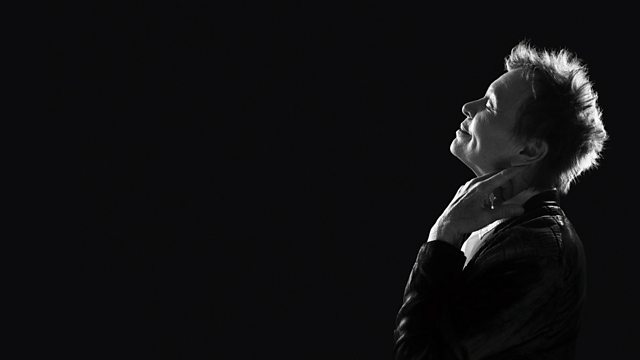 Artist and musician Laurie Anderson on being guest director at the Brighton Festival, and writer AL Kennedy on her disillusionment with politics and our search for kindness.

The pioneering artist and musician Laurie Anderson discusses her role as Guest Artistic Director for this year's Brighton Festival, which includes a futuristic sound and vision installation on the beach and a film and music project called Symphony for a City which premieres tonight.

AL Kennedy talks about her new novel Serious Sweet, which charts a day in London as two characters, each in crisis, try to meet in the hope of salvation.

Shortlisted for an Oscar in the Foreign Language Film category, Mustang follows the story of five orphaned sisters growing up in rural Turkey. After playing on the beach with some boys from their school they are imprisoned in the family home as their marriages are arranged. Hannah McGill reviews.

Image - left and above: Laurie Anderson