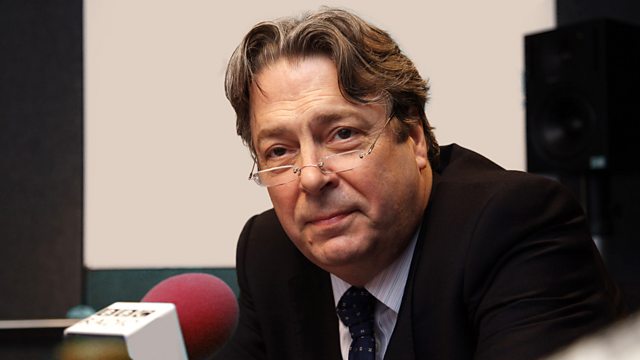 Actor Roger Allam talks to Michael Berkeley about his passions for music and Shakespeare and why he became an actor rather than an opera singer.

Roger Allam is an actor equally at home with Shakespeare, musical theatre, detective shows, and comedy on both radio and television. From the Globe Theatre to Game of Thrones, through Endeavour, The Thick of It and Cabin Pressure, to the RSC and the West End, he refuses to be typecast.

He talks to Michael Berkeley about his lifelong passion for music and why he became an actor rather than an opera singer. And he explains how he overcame his initial reservations about the Globe Theatre to play Falstaff there (a performance that won him the Olivier Award for Best Actor).

Roger’s musical passions are predominately 20th century, with music by Britten, Messiaen and Ravel, but he also chooses Bach, Schubert and a mesmerising piece of medieval music.