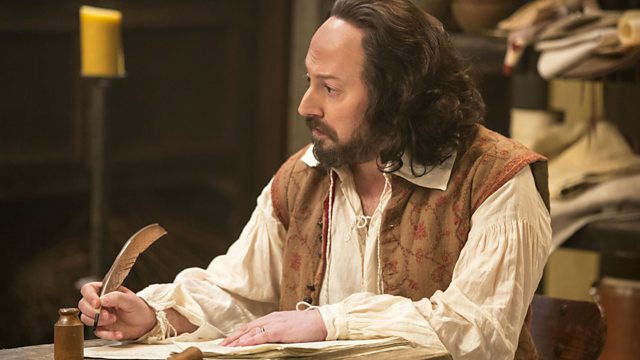 Ben Elton has a new sitcom on BBC2; Upstart Crow starring David Mitchell as The Bard of Avon. Could it be a return to his golden form of Blackadder?
A Midsummer Night's Dream is the first production by Emma Rice, the new Artistic Director at London's Globe Theatre. Does it auger well for her residency?
Terrence Malick is a much-admired film director whose recent work has received very mixed critical responses. Will his latest, Knight of Cups, be admired or reviled?
Novelist Louise Erdrich is of North American Indian descent and her work reflects this. Her newest - LaRose - is set in the world of the Ojibwe tribe
Mona Hatoum has a retrospective of her work at Tate Modern - how well does or can it chronicle her conceptual art?

Knight Of Cups is in cinemas now, certificate 15.

A Midsummer Night’s Dream is at Shakespeare’s Globe in London until 11 September 2016.

LaRose by Louise Erdrich will be available from Tuesday 10 May in hardback and ebook.

Upstart Crow begins on Monday 9 May at 10pm on BBC Two.

Mona Hatoum is at Tate Modern in London until 21 August 2016.