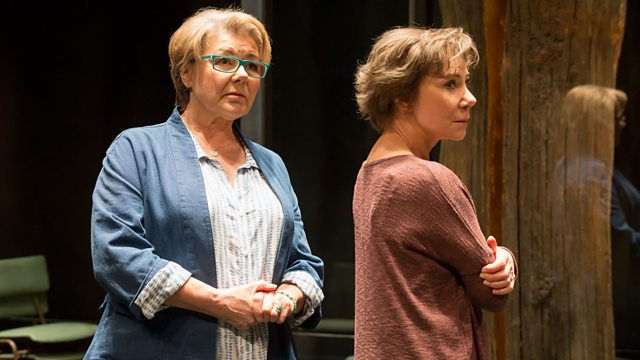 New play Elegy examines scientific progress and the nature of love. Plus three generations of nurses in one family, Baroness Warnock on surrogacy, and the Women's Equality Party.

Elegy, a new play at the Donmar Warehouse questions scientific progress and the nature of love. Two women meet and marry later in life. One is gradually undone by a degenerative neurological condition. Actors Zoe Wanamaker, Barbara Flynn and Nina Sosanya talk to Jenni.

Three generations of nurses in one family - Ivy Cooper-Barlow, 92, retired. Sarah Wheatland, 52, Divisional Nurse for the Emergency and Integrated Care department of Chelsea and Westminster Hospital, London. Annabel Wheatland, 29, Paediatric Site Practitioner at the Portland Hospital - discuss changes in nursing since the war.

How does surrogacy happen in the UK today, and does the law need to change? Surrogates and parents share their experiences. Baroness Warnock, whose 1982 enquiry formed the basis for today's laws, tells us how her view has changed.

The newly formed Women's Equality Party has faced its first test at the ballot box. Party leader Sophie Walker discusses its impact and the wider picture of May 5 election results with Heather Stewart, joint political editor of The Guardian.

Susan Calman, Dealing with insomnia, Diary of a Hounslow Girl