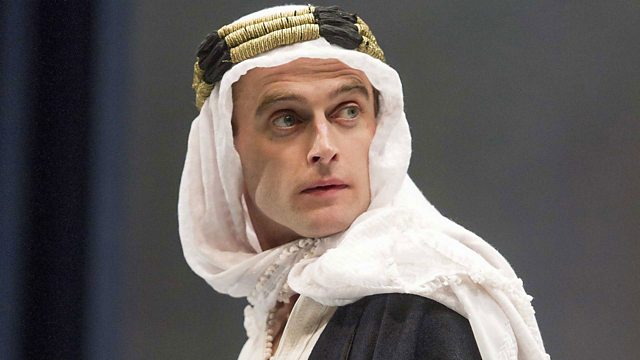 Howard Brenton discusses his new play Lawrence After Arabia, which examines a little known period of TE Lawrence's life. Back in England, Lawrence wearied by his romanticised public image and disgusted with his country and himself, seeks solace and a place to hide in the home of the Bernard Shaws.

91-year-old photographer Dorothy Bohm looks back over her 75-year career at her latest exhibition Sixties London. Born in East Prussia before being sent by her father to England to escape the threat of Nazism, she then became co-founder of The Photographer's Gallery and worked alongside some of the greats, from Henri Cartier-Bresson to Bill Brandt and Don McCullin.

Danish artist Olafur Eliasson is most famous for erecting a giant sun in the Tate Modern for his work The Weather Project. He talks about his new book Unspoken Spaces which has collected all his architectural works in public spaces over the past two decades.

Lawrence after Arabia is at the Hampstead Theatre, London until 4th June 2016.

Images: (above and left) Jack Laskey as TE Lawrence in Lawrence after Arabia

John Wilson with Dorothy Bohm (Right) at her exhibition