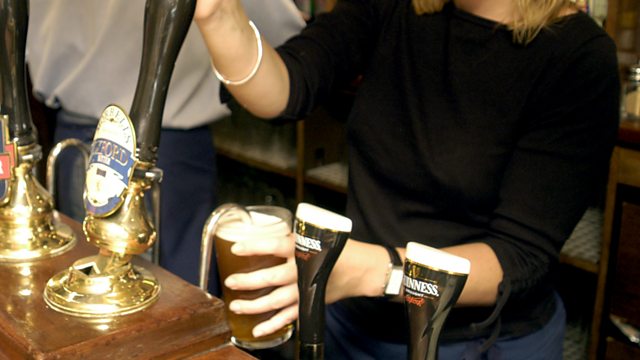 Tips for the Barmaid, by Claire Powell

A 40-something single mum works in the sports club bar, where a smile turns into something more. Read by Lorraine Ashbourne.

A 40-something single mum works behind the bar at the local sports club. The members of the veterans football team are her favourites, and one player in particular. What starts as smiles across the bar turns into something more.

Claire Powell was born and brought up in south-east London. She graduated from UEA's Creative Writing (Prose) MA in 2012, where she received the year's highest mark for a dissertation, and was awarded the Malcolm Bradbury Memorial Bursary and Malcolm Bradbury Continuation Grant. Her first radio story, Marathon, appeared as part of The Time Being (Series 6) in 2013.