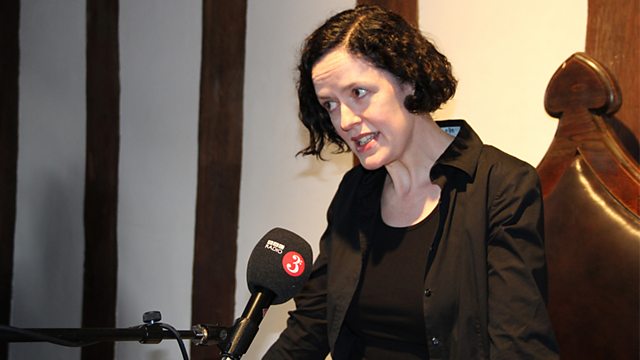 Shakespeare 400: Wolf All? - Shakespeare and Food in Renaissance England

The Essay Shakespeare 400
Episode 3 of 5

Academic Joan Fitzpatrick explains her new research on what people ate in Shakepeare's England, discussing what food and its consumption signifies in his plays.

Four centuries after Shakespeare's death, young scholars share new evaluations of his work - in a series of essays recorded in front of an audience in Shakespeare's old classroom at the Guildhall in Stratford-upon-Avon.

3.Joan Fitzpatrick with "Wolf All?- Shakespeare and Food in Renaissance England"

Joan Fitzpatrick explains her new research on what people ate in Shakepeare's England, and what food and the consumption of food signifies in his plays.

She starts with details of enormously popular Dietary books, such as William Bullein's Government of Health, (first printed in 1542) and goes on to explore why eating is about far more than nourishment, shedding important new light on the old, the young, the thin, the fat, women, foreigners, the poor and social elites in Shakespeare's plays.

BBC Radio 3 is marking the 400th anniversary of the death of Shakespeare with a season celebrating the four centuries of music and performance that his plays and sonnets have inspired.