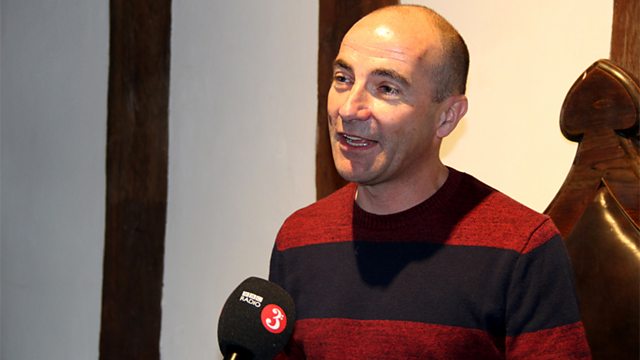 The Essay Shakespeare 400
Episode 2 of 5

Professor James Loxley explores what light Shakespeare's plays might throw on questions of national identity and the political debates that can grow up around them.

Four centuries after Shakespeare's death, young scholars share new evaluations of his work - in a series of essays recorded in front of an audience in Shakespeare's old classroom at the Guildhall in Stratford-upon-Avon.

2.James Loxley on Undiscovered Countries: Shakespeare and the Nation

At a time when relationships between the UK and the rest of Europe, and between the UK's own constituent nations, looks more unsettled than for many years, James Loxley explores what light Shakespeares plays might throw on tricky questions of national identity and the political debates that can grow up around them.

James starts by considering Henry V, for which Shakespeare is often depicted as a celebrant of untroubled Englishness, giong on to explain that during Shakespeare's most creative period, the very name and nature of the country was in dispute, with the concept of "Great Britain" becoming a prospect for the first time.

And he concludes by wondering how Shakespeare's plays can help us understand our own national questions today.

BBC Radio 3 is marking the 400th anniversary of the death of Shakespeare with a season celebrating the four centuries of music and performance that his plays and sonnets have inspired.