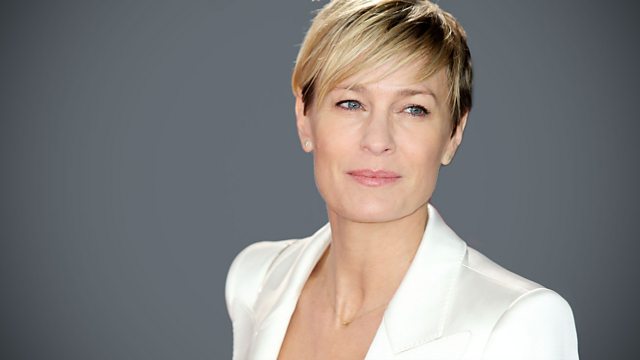 Jane speaks to Golden Globe winner and activist Robin Wright about her life, career and pyjama range which aims to change the lives of women in Congo.

Jane speaks to Golden Globe winner and activist Robin Wright about her life, career and pyjama range which aims to change the lives of women in Congo that are victims of sexual violence.

Today is the first anniversary of the earthquake that devastated Nepal. Dr Kate Yarrow, Founder of charity, 'Doctors For Nepal', has worked in the country training doctors to work in rural areas. She was in Nepal two weeks before the earthquake and returned five months later to see for herself the impact it had on those who live there.

According to the 2013 National Survey of Sexual Attitudes and Lifestyles, the average number of sexual partners a person will have is 11.7 for men and 7.7 for women. But does your sex count matter at all? In a frank and honest conversation, Emma Barnett spoke to three other young women in their 20's & 30's about their experiences.

Women now account for more than half of UK undergraduates but the first university degree obtained by a woman in this country was awarded in 1880. Who were these pioneering women students and what was it like attending the first female colleges? Jane talks to recent graduate Ellie Cawthorne presenting, Scenes from Student Life, a R4 documentary, and to Annabel Valentine , college archivist at Royal Holloway.

Former Great British Bake Off contestant Chetna Makan is known for her unique bakes which incorporate Indian herbs and spices into traditional British recipes. She joins Jane in the studio to Cook the Perfect...Peach and Strawberry Swiss roll.

Beyonce and the politics of Lemonade