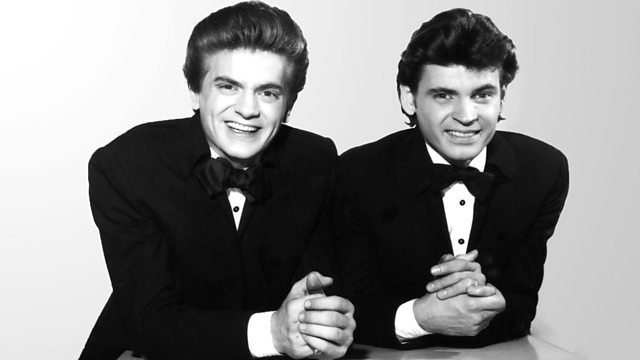 The Everly Brothers: Harmonies from Heaven

Documentary that celebrates the legendary harmony duo who ruled the charts in the late 1950s and early 60s with hits like Bye Bye Love, Wake Up Little Susie and Cathy's Clown.

Documentary which celebrates, over the period covering the end of the 1950s and the beginning of the 60s, the phenomenon of The Everly Brothers, arguably the greatest harmony duo the world has witnessed, who directly influenced the greatest and most successful bands of the 60s and 70s - The Beatles, The Stones, The Beach Boys and Simon & Garfunkel to name but a few.

After leaving school, the brothers moved to Nashville where, under the wing of Ike Everly's friend, the highly talented musician Chet Atkins, Don and Phil signed with Cadence Records. They exploded onto the music scene in 1957 with Bye Bye Love, written by Boudleaux and Felice Bryant.

After Bye Bye Love came other hits, notably Wake Up Little Susie, followed by the worldwide smash hit All I Have to Do Is Dream and a long string of other great songs which also became hits.

By 1960, however, the brothers were lured away from Cadence to Warner Bros with a $1,000,000 contract. Their biggest hit followed, the self-penned Cathy's Clown, which sold 8 million copies. Remaining at Warner Bros for most of the 60s, they had further success with Walk Right Back, So Sad and the King/Greenfield-penned track Crying in the Rain. 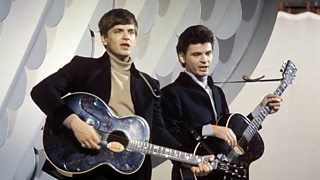 Watch clips and add Everly Brothers tracks to your playlist.