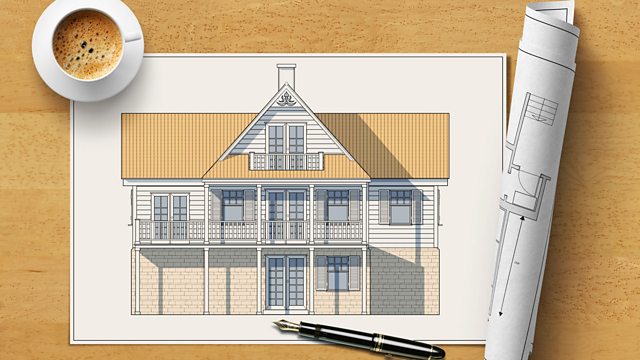 The Design Dimension Series 3
Episode 3 of 4

Tom Dyckhoff considers what role design can play after death.

Tom Dyckhoff examines the importance of design after death. He looks at the environmental considerations around the disposal of the body - including the work of British Columbia University's Death Lab.

With more than 75 per cent of the UK population being cremated, Tom takes a behind the scenes look at a crematorium which pipes its waste energy to heat a neighbouring Leisure Centre swimming pool - and takes a dip.

He also considers the option of a bespoke coffin designed in a range of replica shapes from musical instruments to cars, trains, planes and boats and hears from a woman who has already planned her green funeral in a coffin shaped like a pink satin ballet shoe.

Finally, Tom visits the most famous Victorian Cemetery of all at Highgate North London which numbers amongst its occupants celebrities, artists, musicians and philosophers including Karl Marx.

See all episodes from The Design Dimension