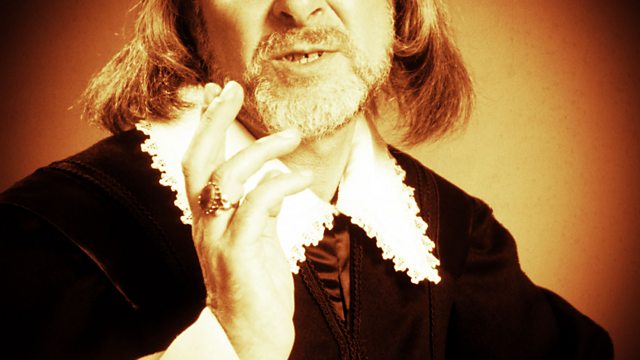 Isn't silent Shakespeare an oxymoron? All that is nuanced, beautiful, meaningful in the poetry - silenced. Judith Buchanan celebrates the boom in Shakespeare on early silent film.

Isn't silent Shakespeare an oxymoron? All that's nuanced, beautiful, meaningful in the poetry - silenced. Yet between 1899 and 1927, when the first commercial sound film was released, nearly three hundred Shakespeare films were made.

Judith Buchanan, director of Silents Now and Professor in the Department of English and Related Literature at the University of York, celebrates this phenomenon - the muted, gesturing figures, the stop-motion magic.

She is joined by the actor Samuel West - along with Flora Spencer-Longhurst (actress, on her silenced Lavinia in the Globe's latest Titus Andronicus), Christopher Wheeldon (Choreographer, associate of the Royal Ballet, Covent Garden in London) and Paata Tsikurishvili (Director of Synetic Theatre in America).

Together they explore Shakespeare in picture and movement.

A Rockethouse production for BBC Radio 4.