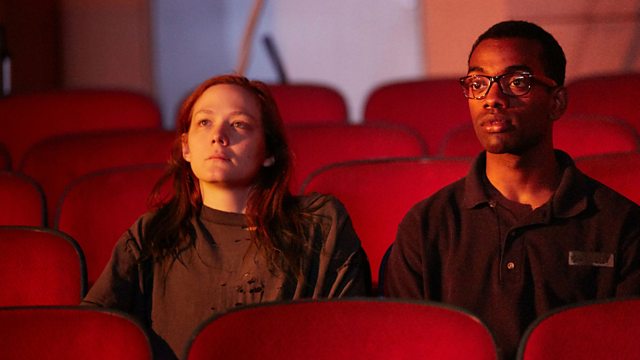 Arabian Nights, The Flick, Garth Greenwell, Sicily at the British Museum, All the World's a Screen

Reviews of Arabian Nights, The Flick, Garth Greenwell's What Belongs To You, the British Museum's Sicily: Culture and Conquest, and BBC TV's All the World's a Screen.

Portuguese film director Miguel Gomes has created a trilogy based on The Arabian Nights. We've watched the first volume of the 6 hour epic

The Flick is a transfer from Broadway to London's Dorfman Theatre. Set in a rundown movie theatre, it explores the dynamics of the relationships among an increasingly unmotivated staff

Garth Greenwell describes his novel What Belongs To You like this; "I'm a queer writer writing in the queer literary tradition for queer people". Is it a straightforward book?

The British Museum in London has a new exhibition: Sicily, Culture and Conquest. It looks at the island at the toe of the boot of Italy, whose strategic position and rich soil means that - over the centuries - it has been ruled by many different nations and absorbed many different cultures

Eye in the Sky, Hotels of North America, The Suicide, Flowers, Conceptual Art in Britain 1964-1979

The Flick is at the National Theatre in London until 15 June 2016.

Arabian Nights Volume 1: The Restless One is in cinemas now.

Sicily: Culture and Conquest is at the British Museum in London until 14 August 2016.

What Belongs to You by Garth Greenwell is available in hardback and ebook.

All the World's a Screen

Arena: All the World's a Screen - Shakespeare on Film is on BBC Four on Sunday 24 April at 9pm.