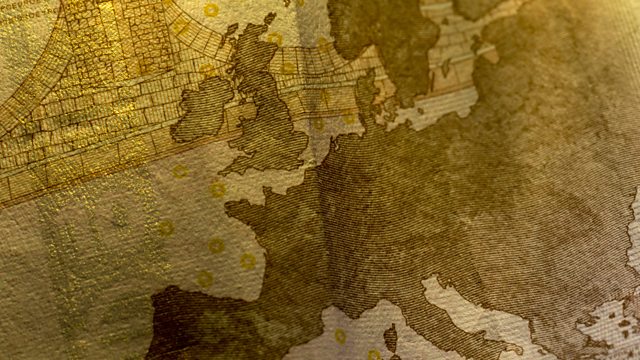 French journalist Catherine Guilyardi presents her thoughtful take on the history of Britain from her French perspective.

French journalist Catherine Guilyardi presents her thoughtful take on the history of Britain from her French perspective. It's the story of two countries who like to see themselves as exceptional but find common ground in this exceptionality. The interplay between Winston Churchill and Charles De Gaulle speaks to this long-standing relationship between old rivals - one that oscillates between admiration and irritation.

With contributions from historian Professor Eugenio Biagini from the University of Cambridge and French author and journalist Agnès Poirier, Catherine presents a view of the relationship between these pragmatic isolationists who are more than happy to go it alone but ready to build bridges, or tunnels, when it serves their interests.

Catherine Guilyardi is a French journalist and author who lives in both Paris and London.

Across this series, five mainland Europeans give their take on Britain's historical relationship with their home country - the historical moments and popular culture that have created the image of the Brit in the mind of continental Europeans.

The notion of Britain being separated in splendid isolation from the continent is fundamental to many of the historical misunderstandings and strains on the relationship with Europe. Yet as frequently as the British appear to be the haughty thorn in Europe's side, our authors find moments of intertwined history that have drawn the island closer to the mainland - from how the Brits live to how they dress and their ability to get a good cup of coffee.

Each author reflects on the moments in their own lives that have drawn them to Britain and Britishness - The Beatles, psychologist Hans-Jürgen Eysenck, or the call of Aberdeen from the most westerly part of Denmark.

See all episodes from Inglorious Isolation: A European's History of Britain