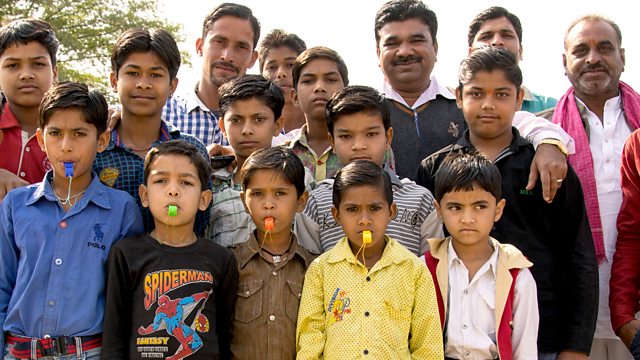 One in three people globally lack access to adequate toilets, and one billion have no sanitation facilities at all. Mary-Ann Ochota visits Bangladesh and India to understand why.

Almost two-and-a-half billion people lack access to an adequate toilet, and around one billion have no sanitation facilities whatsoever. Poor sanitation kills a child under five every 100 seconds. Anthropologist and broadcaster Mary-Ann Ochota visits Bangladesh and India to understand the challenges involved in achieving sanitation for all.

It's a problem that is often addressed without any sustained success. The United Nations' Millennium Development Goal aimed to halve the proportion of people without access to basic sanitation by 2015 - a goal that failed by some 700 million people.

Bangladesh has achieved much in its sanitation coverage over recent years, in spite of many challenges, but its capital Dhaka is one of the most densely populated cities in the world. Like many cities in an increasingly urbanised world, it struggles to cope with the demands of a rapidly growing population.

India has a separate challenge - how to stop 600 million people relieving themselves outdoors. Prime Minister Narendra Modi has pledged to end the practice of open defecation by October 2019, in time to mark the 150th anniversary of the birth of Mahatma Gandhi.