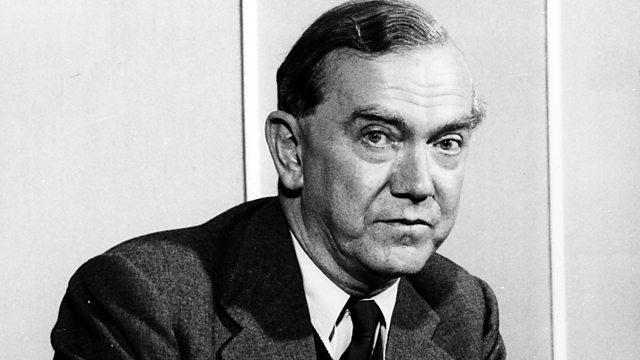 A celebration of Graham Greene on the 25th anniversary of his death, with readings by Samuel West and Romola Garai. Including Honegger, Delius and a medieval motet.

A celebration of Graham Greene on the 25th anniversary of his death with the actors Samuel West and Romola Garai. Pack your bags, check your passport and prepare to renew your acquaintance with Scobie, Aunt Augusta, Sarah Miles, Minty and of course Harry Lime. As they buttonhole you expect to hear music that complements or even contradicts what they have to say - Honegger's Pacific 231, The Walk to the Paradise Garden by Delius, a medieval motet, the odd snatch of gypsy zither and maybe even a spot of dodecaphony - music as angular, varied and surprising as the features of Greeneland itself.

The Singer and the Song

Most of us have been there at least once; some of us are permanent residents; others just casual but regular visitors.  Greeneland is not so much a point on the map as a place in our minds and hearts -- a landscape where joy is frequently alloyed with pain and doubt always seems to tussle with faith.  It has a knack of combining the exotic with the familiar so you’re likely to find a scrofulous old Harrovian working as a hack but in Sweden not Fleet Street; or learn that your seventy year old aunty has a penchant for smuggling and married men.  Something odd seems to be going on with the perspective.  Saigon and Istanbul are brought into sharp focus but then blur at the approach of a very English lens.  The same optical instrument has a way of finding jungle flora and fauna in a Brighton pub or on Clapham Common.

Which brings us to this evening’s brief excursion into Greeneland.  You’ll encounter some old friends and maybe make some new ones – Scobie, Aunt Augusta, Rose and Pinkie are waiting to buttonhole you as well as a priest with no name and a lugubrious chap called Minty.  In Greeneland you’re as likely to hear a Viennese zither as a dodecaphonic squawk.  Some pieces such as Harry Lime’s theme from the film of  The Third Man or Honegger’s Pacific 231 - which Greene listened to compulsively while writing Stamboul Train – seem to fit the landscape with a kind of inevitability while others such as The Walk to the Paradise Garden by Delius, are perfectly, but obscurely right for Greeneland’s climatic conditions.  A little imagination has been used to supply any gaps in the score for which I can only ask for patience and indulgence ….Neither of which will be needed for the actors, Romola Garai and Samuel West who breathe new life into the all too hungry ghosts of Greeneland   gathering to mark the twenty fifth anniversary of their creator’s death.