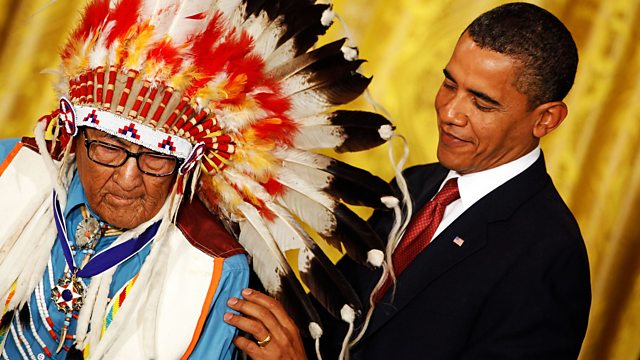 The German Foreign Minister Hans-Dietrich Genscher, one of the principal architects of his country's re-unification.

Derek Serpell-Morris, who gave up his job as an accountant to become DJ Derek, playing reggae and ska and claiming to be Britain's oldest DJ.

Doreen Massey who changed the way we think about geography

and Joe Medicine Crow, the native American historian who was a direct link back to Custer's last stand.

Last Word spoke to Joanna Bogle, a presenter on EWTN and to Paul Burnell, former Editor of the Catholic Universe newspaper.

Last Word spoke to her friend Hilary Wainwright and to sociologist Emma Jackson and Dr David Featherstone who was one of Doreen’s PHD students.

Matthew spoke to his friend, the academic Herman Viola.