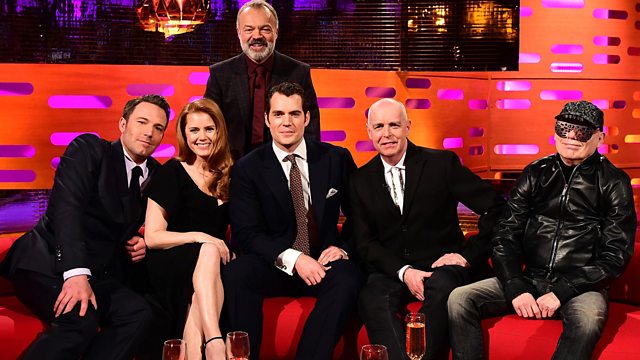 Graham is joined by the stars of Batman v Superman: Dawn of Justice in a special edition of the talk show. On the sofa are Ben Affleck, Henry Cavill and Amy Adams.

With music from The Pet Shop Boys, performing their new single The Pop Kids.