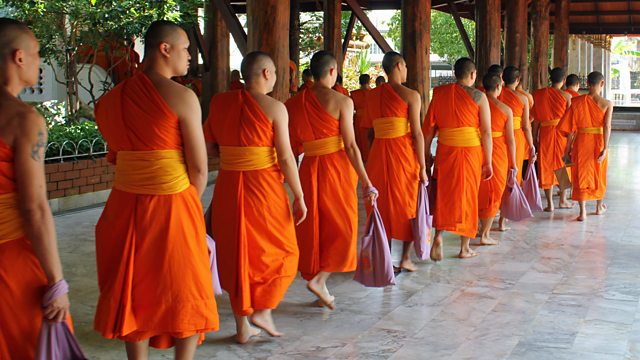 An unholy spat is stirring the Sangha, Thailand's top Buddhist authority - who will become the next Supreme Patriarch, Thailand's most senior monk? Meanwhile, allegations of 'cheque-book Buddhism', cronyism and corruption abound - including allegations about tax-evasion on an imported vintage Mercedes car. In Thailand, where the majority of the population profess Buddhism, seeking ordination isn't unusual. But salacious stories about monks who commit serious crimes - everything from sex offences to wildlife trafficking - continue to shock. Watching quietly from the side-lines is the Venerable Dhammananda - female, and a Buddhist monk since 2003. Although the Sangha bars women from ordination, there are now around 100 bhikkhunis, as female monastics are known, in Thailand. And their growing acceptance by some Buddhist believers might partly be explained by a widespread disillusionment with the behaviour of some male monks. For Crossing Continents, Linda Pressly explores the rifts and sexual politics challenging Thai Buddhism and its devotees.

See all clips from Thai Buddhism - Monks, Mercs and Women (2)