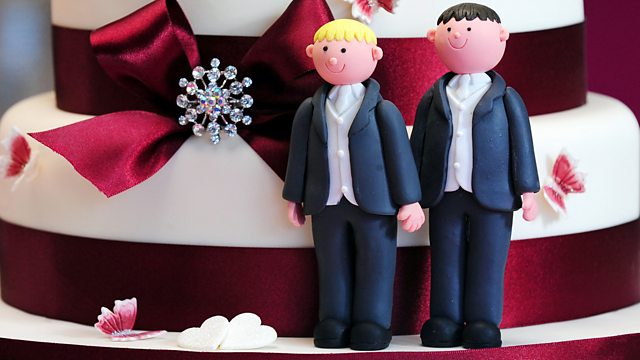 This programme will focus on the legal issues surrounding the 'gay cake' controversy in Northern Ireland.

When a Christian bakery in Belfast was found guilty last year of discriminating against a gay man, by refusing his request for a cake with a pro-gay marriage slogan on it, it became headline news around the world.

It also divided people in Northern Ireland. Many there see it as a battle between freedom of conscience and the right to religious expression, and Northern Ireland's equality laws. Joshua Rozenberg travels to Belfast to untangle the legal layers of the so-called 'gay cake' story.