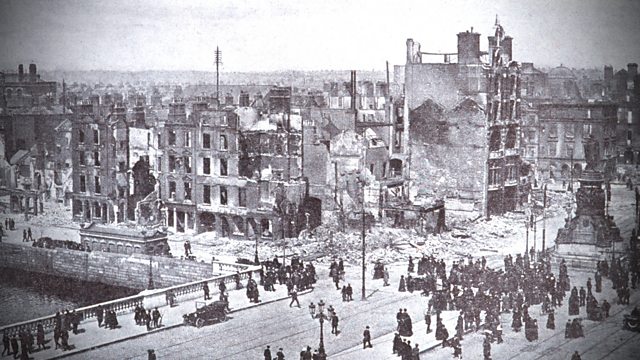 Irish Times journalist Fintan O'Toole looks at letters written at the time of the 1916 Easter Rising in Ireland, giving a new perspective on events of 100 years ago.

Irish Times journalist Fintan O'Toole takes a look at some of the 2,000 letters crowdsourced by Maynooth University as part of a special project in Ireland, marking the centenary of the 1916 Easter Rising.

It was a time when letter writing was at its height. But with the main Dublin post office building at the centre of the Easter Rising, there was a temporary hiatus and some post couldn't be sent for days. As a result, people turned their letters into diaries as they added to their correspondence with updates on events as they happened.

Postcards also took an interesting turn following the Easter Rising. Suddenly photographs of the mayhem were being sent around the world - a bit like Twitter or Instagram today.

Meanwhile, we discover, life went on. Soldiers worried about the welfare of their children back home and George Bernard Shaw was at the height of his playwrighting fame.

Producer: Ashley Byrne
A Made in Manchester production for BBC Radio 4.