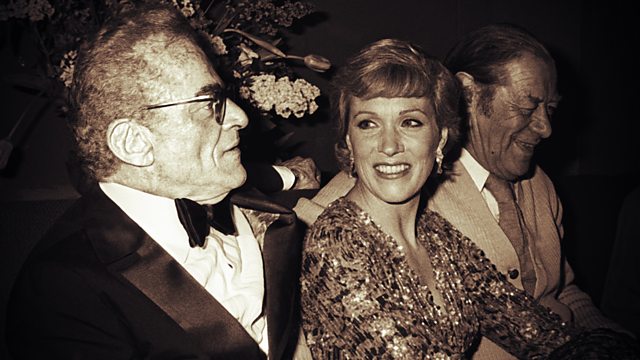 The Art of the Lyricist

Alan Jay Lerner often said that he sweated for weeks to write a lyric for a song. His words highlighted the struggle that he and the other legendary wordsmiths of musical theatre had as they sought to hone the right words to fit their collaborator's music - words which would sometimes translate into the vernacular and speech of generations afterwards - expressions like "Get me to the Church on Time" (Lerner) or "Everything's Coming Up Roses" (Sondheim).

Clarke explores the art of Alan Jay Lerner as well as other musical theatre lyricists which fill the BBC archives.

Many of the songwriting greats are there - Yip Harburg, writer of "Brother, Can You Spare a Dime?", Dorothy Fields (lyric writer of the hit show "Sweet Charity") and the great Oscar Hammerstein. Also the artists who delivered both words and music - like Irving Berlin and Stephen Sondheim Plus surprises like PG Wodehouse who, as well as writing the famous "Jeeves" books, also wrote lyrics for musical theatre.

Clarke Peters presents this journey of crafting the words for the perfect musical theatre song. Discover the pleasures and pitfalls of a lyricist's life as he takes us through from first thought to the opening night.

First broadcast on BBC Radio 4 in March 2016 to mark the 60th anniversary of the musical "My Fair Lady.

How to Go Straight