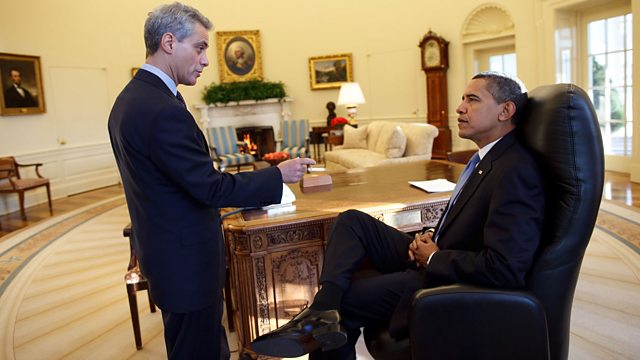 Inside Obama's White House
Episode 1 of 4

The story of how Barack Obama tried to reshape America. A month after his victory, Obama discovered America was on the verge of a great depression.

A month after his victory, Barack Obama discovered America was on the verge of a great depression. He puts his plans for change on hold to pass the largest stimulus in history.

Obama promises to close Guantanamo within a year - and it is still open. His attorney general admits that evidence against many of the prisoners could not be used to prosecute because they had been tortured.

And at the Copenhagen summit, the president crashed a meeting between three fellow heads of government in his desperation to do something about climate change.

See all episodes from Inside Obama's White House