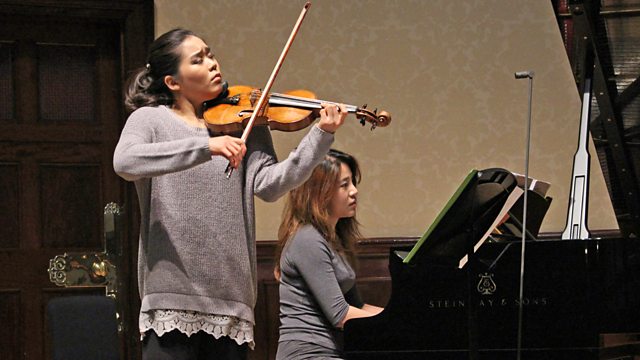 Currently on the BBC Radio 3 New Generation Artist scheme, American-Korean violinist Esther Yoo, making her Wigmore Hall debut in this concert, first came to international attention in 2010 when, aged 16, she became the youngest prize winner of the 10th International Sibelius Violin Competition. Still only 21, she already has recordings of the Glazunov and Sibelius concertos under her belt, performing with the Philharmonia Orchestra and Vladimir Ashkenazy. Born in the U.S. and raised in Europe, Esther was a child prodigy, playing her first concerto at the age of 8.

The instrument she plays on now is the 1704 â€œPrince Obolenskyâ€ Stradivarius, lent to her by a private collector.

Esther Yoo is accompanied by Chinese pianist Zhang Zuo, who until last year was also a member of the BBC Radio 3 New Generation Artist scheme.