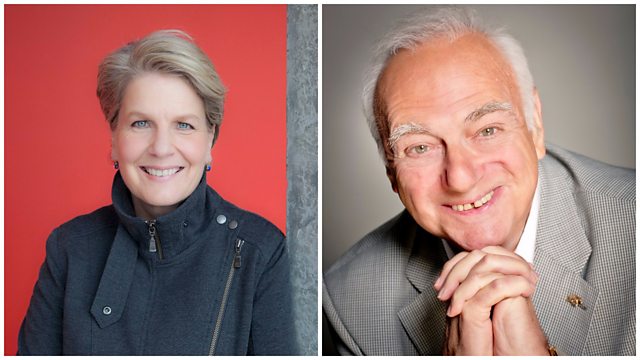 Writer and broadcaster Sandi Toksvig talks to actor and comedian Roy Hudd in the talk tag show. From March 2016.

Series 11 of the show where one week's interviewee becomes the next week's interviewer. The first episode of Chain Reaction was broadcast on BBC Radio Five in 1991 when John Cleese was the first comedian in the hot seat. Now, 25 years on, a new series sees another raft of the world's best-loved comedians talking to each other about their lives and work. This week, the writer, broadcaster and erstwhile News Quiz host Sandi Toksvig turns interviewer as she chats to comedy icon, Roy Hudd.

Sandi Toksvig is a prolific writer and broadcaster who chaired the News Quiz on BBC Radio 4 for nine years and over 220 episodes. In 2015 she was a founder member of the Women's Equality Party and, later that year was announced as the new host of the long-running BBC television series, QI.

Roy Hudd has clocked up more than 50 years in showbusiness, starting out as a Butlins redcoat in the 1950s and then developing a stellar career through numerous successes on stage, radio and screen. BBC Radio listeners know him best as the host of the much loved News Huddlines on Radio 2 for 26 years. More recently, Roy gained plaudits for his moving portrayal of Bud Flanagan in the BBC drama 'We're Doomed! The Dad's Army Story'.

In this the year of his 80th birthday, Roy tells Sandi about his beginnings in showbusiness, reveals how Arthur Askey gave him a leg up in the early days and shares his favourite pantomime story courtesy of Tom O'Connor.