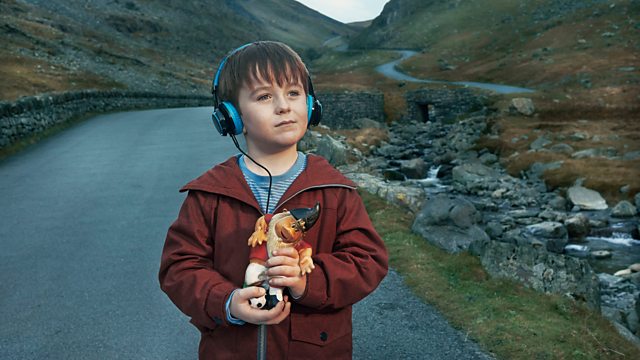 Arts news with Kirsty Lang, including Peter Bowker, writer of The A Word, Neil LaBute on Reasons to Be Happy and Ian McMillian remembering Barry Hines.

The A Word is a six-part drama on BBC One that portrays a family coming to terms with their son being diagnosed as autistic. Its writer Peter Bowker joins us in the studio.

Four years after breaking up Steph and Greg think they might get together again. Trouble is, she's married to someone else, and he's taken up with her best friend. Kirsty talks to playwright Neil LaBute about 'Reasons to be Happy', the second in his trilogy about these characters, and to director Michael Attenborough, about staging this very American work in Britain.

The death was announced yesterday of the writer Barry Hines. The poet Ian McMillan used to work in the office next door to the one he wrote in and Barry used to try dialogue out on him. McMillan tells Kirsty about the example Hines set him, and the importance of this northern writer's work, which was far from confined to Kes.

Ottessa Moshfegh is a novelist from Boston whose thriller, Eileen, has had rave reviews in the US and has already been optioned by film producer Scott Rudin who made Gone Girl. Kirsty Lang talks to the debut novelist about her book and the hype surrounding it.

Reasons to be Happy is at The Hampstead Theatre, London from 17 March - 16 April.