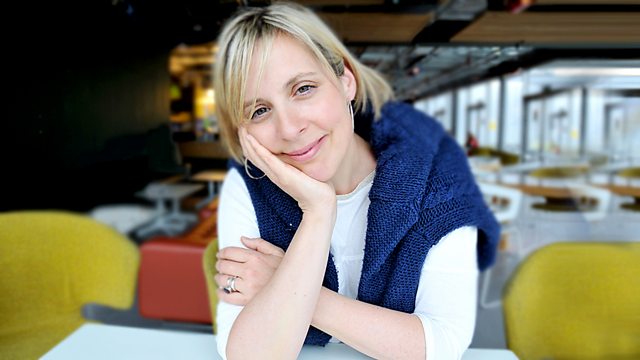 With the Rev. Richard Coles and Aasmah Mir

Mel Giedroyc is taking on her most serious acting role, playing an American mother dealing with the potentially troubling actions of her son, in the play Luce. Mel also discusses the importance of her name, her relationship with Sue Perkins and The Great British Bake Off.

Chinese sportswoman Lijia Xu left her parents to become a full time sailor aged ten and in 2012 became an Olympic Gold medallist. She talks about her path to success- and the obstacles she had to overcome.

Listener Richie Tattersall played the ukulele on Labi Siffre's It must be Love, chosen as one of David Troughton's Inheritance Tracks. Richie reveals that whilst he was an experienced session musician, he had never previously played the ukulele.

As part of the Sport Relief weekend, reporter JP Devlin has been to Jamie's farm, which encourages children at risk of social and academic exclusion to re-engage and thrive.

Singer Will Young shares his Inheritance Tracks: Taxman by The Beatles and Joan Armatrading- Love and Affection.

The financial crash in 2008 meant Dinah Jefferies was unable to complete her plan of retiring in Spain. To make money she turned to writing and is now a best-selling author.

Luce runs at the Southwark Playhouse in London until the 2nd April.
Golden Lily by Lijia Xu is out now.
Will Young's latest album 85% Proof is out now.
The Silk Merchant's Daughter by Dinah Jefferies is out now.