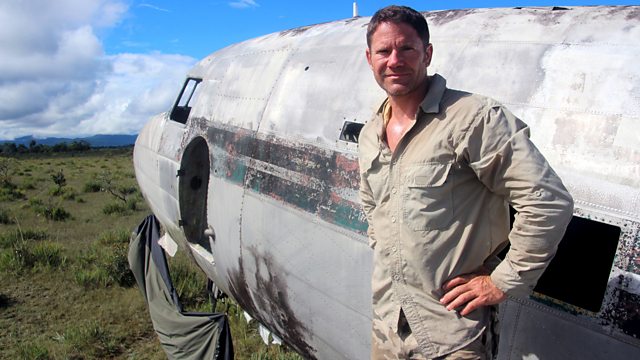 Nature documentary. Adventurer Steve Backshall embarks on a dramatic expedition to explore Venezuela's tepuis - ancient, sheer-sided mountains cut off from the jungle below.

Adventurer and naturalist Steve Backshall embarks on one of the most dramatic and dangerous expeditions ever filmed by a BBC crew. His mission is to explore Venezuela's tepuis - ancient, sheer-sided mountains, lost worlds cut off from the jungle below.

With an elite team of rock climbers, Steve attempts the first ascent of an unclimbed wall on a remote tepui to search for wildlife on the summit. But nobody could have predicted what would happen, nor the kinds of decisions they'd be forced to make. A white-knuckle ride from the start, the team encounter river rapids and hazardous wildlife, and survive a close shave with a rickety biplane. Yet nothing can prepare them for their climb to the island in the sky.