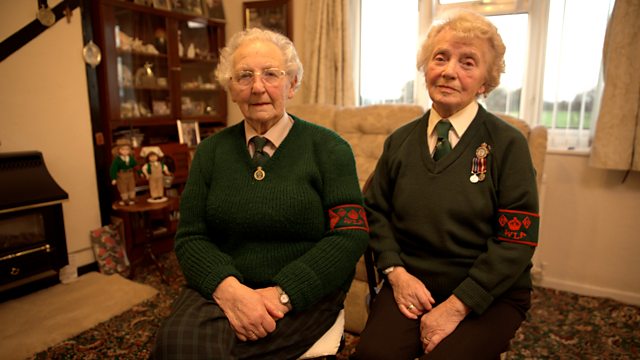 Series following the work of probate researchers. Adoption, the workhouse and the stigma of illegitimacy in the early 20th century are revealed in the history of a St Albans man.

Adoption, the workhouse and the social stigma of illegitimacy in the early 20th century are revealed in the history of a very quiet man from St Albans. When an heir is found, he believes his grandfather was ashamed of what he was, and thinks that's why he never wanted to talk about it.

A letter from the Queen is found in a house in Kent that's been empty for four years. It belonged to a woman who was in the Women's Land Army during World War II. The Heir Hunters discover that her father and her mother's father were deaf, and that the closely-knit deaf community of the late 1800s could be the reason her parents met in the first place.