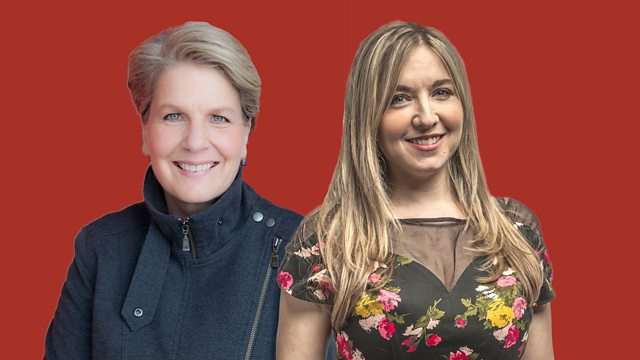 Writer and presenter Victoria Coren-Mitchell talks to comedian and broadcaster Sandi Toksvig in the talk tag show. From 2016.

Writer and presenter Victoria Coren-Mitchell asks the questions to comedian and writer, Sandi Toksvig about her long career in broadcasting, her foray into politics and gets some advice on how to behave when you're staying at the Icelandic Prime Minister's house.

Victoria Coren-Mitchell is a columnist for The Observer and GQ amongst other publications and has presented myriad documentaries on subjects as varied as The Bohemians and Mary Poppins. As well as a prolific writing career, she keeps order on the popular and fiendishly difficult television quiz, 'Only Connect'. She is also well-known as one of the world's top professional poker players and has achieved huge success at the card table.

Sandi Toksvig is a prolific writer and broadcaster who chaired the News Quiz on BBC Radio 4 for nine years and over 220 episodes. In 2015 she was a founder member of the Women's Equality Party and was named new host of the long-running BBC TV series, QI.