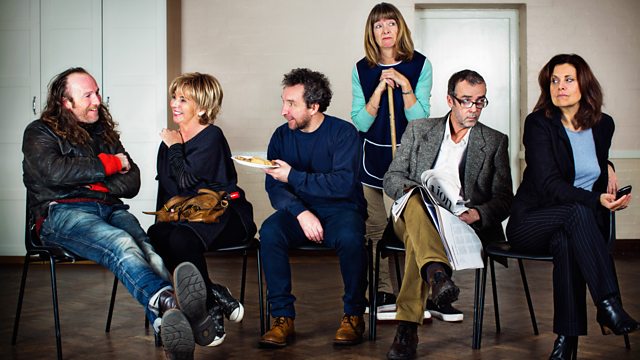 Love in Recovery Series 2
Episode 1 of 6

Fiona thinks Danno can solve her problem. But he's got his own issues – and he’s on the run. Stars Rebecca Front. From 2016.

It follows the lives of five very different recovering alcoholics. Taking place entirely at their weekly meetings, we hear them moan, argue, laugh, fall apart, fall in love and - most importantly - tell their stories.

In this first episode, Fiona has a problem she thinks only Danno can solve. But Danno has his own problems - and he's on the run.

Written and created by Pete Jackson.

See all recipes from Starting Over