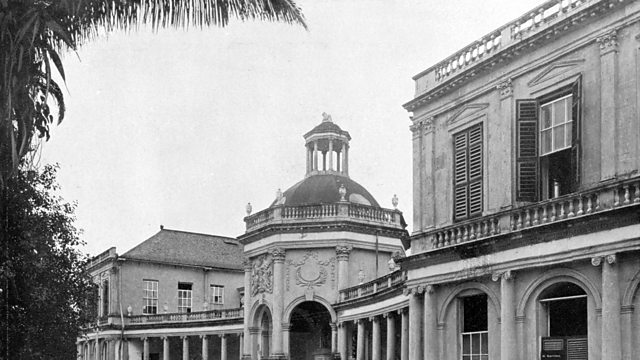 Jean Rhys's powerful prequel to Jane Eyre envisages the life of the first Mrs Rochester before she became the haunting 'mad woman in the attic'. A new version by Rebecca Lenkiewicz

Set against the sumptuous backdrop of 19th century Jamaica, Jean Rhys's stirring prequel to Jane Eyre envisages the life of the first Mrs Rochester before she became the 'mad woman in the attic.'

Sold in to marriage with a dashing young Englishman, Creole heiress Antoinette Cosway senses danger. But how could anyone have predicted the devastating future that awaited her. As their honeymoon becomes infected by vicious rumours, her new husband’s paranoia begins to grow. The cultural divide between them increases and his desire to turn her into the perfect Victorian wife ultimately becomes a battle for her soul. Until eventually Antoinette is torn from her home, stripped of her identity and transformed into the ghoulish Bertha Rochester.

Original score composed and performed by Lucy Rivers with guitar by Dan Lawrence.

Winner of the WH Smith Literary Award in 1967 and named by Time Magazine as one of the 100 best English-language novels, Wide Sargasso Sea holds its own as a beautiful work on human frailty and oppression.

My Life and Other Stories