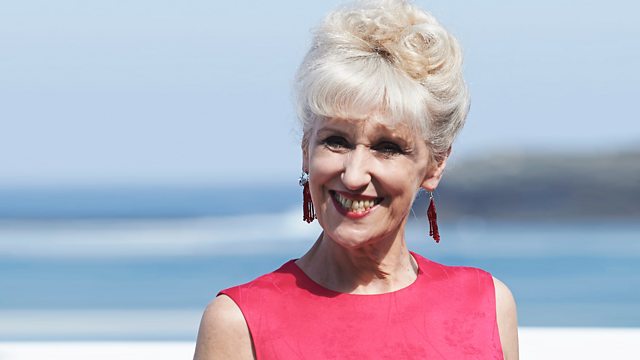 Anita Dobson's acting career spans more than forty years. She found fame in the 1980s playing pub landlady Angie Watts in EastEnders. She has starred in television, film and theatre productions as diverse as Hamlet, Follies and London Road. She talks about her career and growing up in the East End.

Alastair Humphreys is an adventurer who has cycled around the world and walked a lap of the M25. He pioneered the concept of micro-adventures (adventures close to home) but has now turned his attention to 'grand adventures'. He explains how adventures great or small are within everyone's grasp.

Fifty years ago, a group of boys from the Kettering Grammar School Satellite Tracking Group discovered a new and undiscovered soviet space launch site. To celebrate, Leicester's National Space Centre is holding an exhibition. Mike Sinnett, a former pupil talks about the discovery and how it catapulted the boys into the media spotlight.

Bookshop owner Stephen Foster has a licence to fill shelves. He has provided books for film sets such as James Bond's 'Spectre' and 'Skyfall', 'The Danish Girl' and 'Mr Holmes'. He talks about his love for old and rare books and explains how he chooses the books to fit the character's personality.

Kate Recordon has been finding out about how the interaction with our dogs can be life-changing.

Anita Dobson is in conversation at St James theatre, London on 20th March at 3pm.
Alastair Humphreys book 'Grand Adventures' is out now.
Rachael Stirling stars in 'The Winter's Tale' at the Sam Wanamaker Playhouse, London.