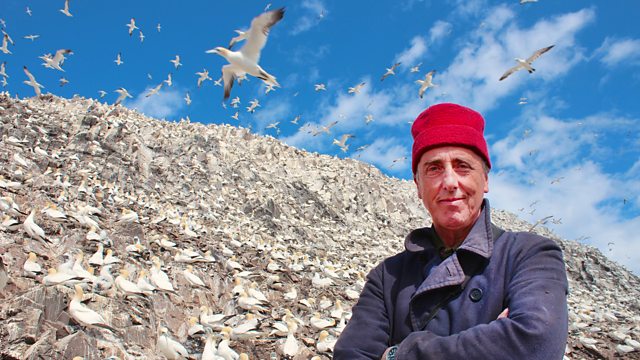 Living with the Birds

Series following Adam Nicolson and the threatened seabirds of the Shiants. As they arrive from the Atlantic, he traces our history of dependence on seabirds.

In episode one, Adam Nicolson follows the story of the seabirds on the Shiant Isles in the Outer Hebrides off the west coast of Scotland, one of the most important bird places of Europe. As the puffins, guillemots and razorbills arrive from far out in the north Atlantic, Adam traces our long history of dependence on seabirds - thousands of years of collecting eggs and hunting the birds for meat, oil and feathers.

But there is crisis in our seabird population - in the last 15 years in Scotland alone, 40 per cent have been lost. And although in Britain our relationship is now one of conservation, there are countries who still hunt the seabird. To understand how this tradition continues today, Adam travels to Iceland, home to over half the world's puffins, and meets those for whom the puffin hunt is still part of everyday life.

See all episodes from The Last Seabird Summer?