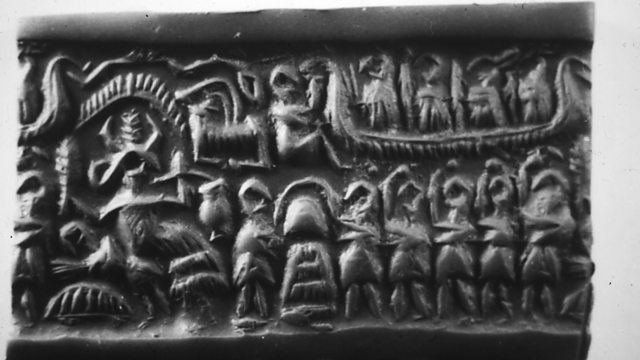 In search of a Sumerian goddess, and the pillaging of Iraq's most important museum.

This is the oldest and smallest object in the series: a tiny Sumerian cylinder seal depicting a harvest festival. It was carved in 2,600 BC and was part of the collection of ancient cylinder seals which disappeared when the Iraq Museum in Baghdad was looted during the 2003 invasion of Iraq. We tell the story of this seal and the pillaging of the country's most important museum.

With thanks to Augusta McMahon of Cambridge University, Mark Altaweel of the Institute of Archaeology UCL, and Sarah Collins of the British Museum.