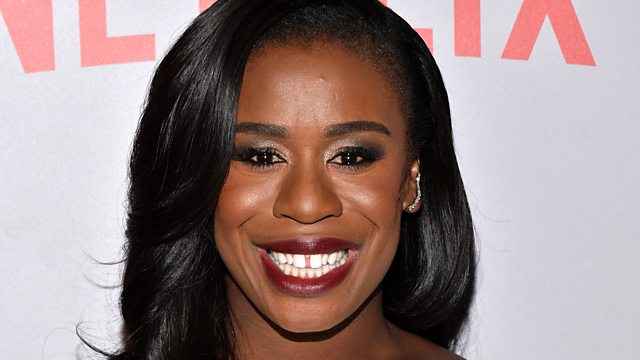 Two time EMMY winning actress Uzo Aduba, better known as Suzanne 'Crazy eyes' Warren, is one of the stars of Netflix series Orange is the New Black. She discusses her life and career so far, including her latest role in theatre production 'The Maids' at the Trafalgar Studios in London.

Inga Beale, Lloyd's of London's chief executive, came out as bisexual in 2008. The first woman to rise to the top of the LGBT business power list, she'll be speaking at this year's Women of the World Festival. She talks to Jenni Murray about the rebuilding trust in the insurance market, being a role model and why honesty in the work place about who you really are is part of being a good leader.

The Trials of Spring is a documentary and a series of short films that look at women involved in the Arab Spring of 2011. Four of the shorts will be shown at the Human Rights Watch Film Festival tonight. Oscar nominated film maker, Gini Reticker, joins Jenni to talk about why she made her films about women's struggle during and after the Arab Spring and what drives her as a human rights film maker.

Professor Kimberlé Crenshaw, the academic who coined the term 'intersectionality' and co-founder of the African American Policy Forum, discusses her work with #blacklivesmatter and the unique challenges facing women and girls of colour when it comes to the struggle for gender equality and racial justice.