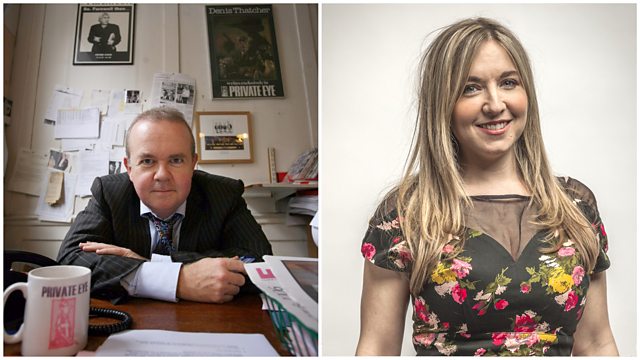 Comedian and satirist Ian Hislop chats to writer and presenter Victoria Coren-Mitchell in the talk tag show. From March 2016.

Comedian and satirist Ian Hislop turns interviewer as he talks to the writer and presenter Victoria Coren-Mitchell about her wide and varied career in writing, quizzing and cards.

Ian Hislop is a long-standing team captain on 'Have I Got News for You' and the editor of the satirical magazine Private Eye. As a dedicated fan and student of history, he has made several acclaimed documentaries on wide-ranging subjects including conscientious objectors and The Beeching Report.

Victoria Coren-Mitchell is a columnist for The Observer and GQ amongst other publications and has presented myriad documentaries on subjects as varied as The Bohemians and Mary Poppins. As well as a prolific writing career, she keeps order on the popular and fiendishly difficult television quiz, 'Only Connect'. She is also well-known as one of the world's top professional poker players and has achieved huge success at the card table.