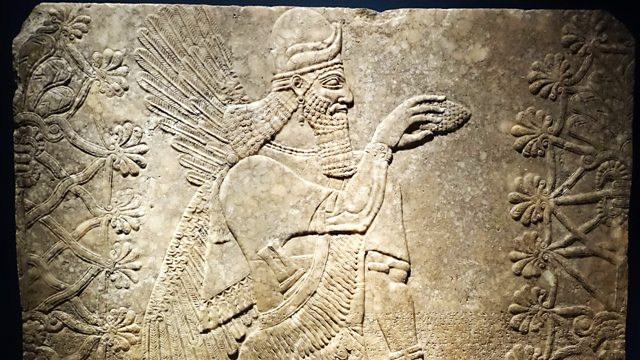 The Genie of Nimrud

On the murky trail of a missing genie, last seen in the ancient Assyrian palace of Nimrud, and a new chapter in the oldest tale ever told

The ancient Assyrians were fond of protective spirits. They had sculptures of all manner of mythological creatures lining the walls of their palaces. One such sculpture was a stone relief of a genie. This was a powerful male figure - a bountiful beard and muscular thighs but with huge wings sprouting from his back. Three thousand years ago, it adorned the walls of Nimrud, one of the great strongholds of Mesopotamia, near Mosul in modern day Iraq. During the 1990s, this genie disappeared - believed to have been taken during the chaos of the first Gulf war - and ended up in London around 2002 - just before the mire of the second Gulf war. It’s been kept by Scotland Yard for these last 14 years - locked in legal limbo, and unlikely to ever reemerge or return to Iraq. We explore the cost of looting to a country’s cultural heritage, and tell the story of another valuable Mesopotamian antiquity that was looted, eventually uncovered, but managed to stay in Iraq. This is a tablet, and holds a new chapter from the oldest tale ever told - the Gilgamesh epic.

This episode was first broadcast on 9 March, 2016.

See all recipes from The Genie of Nimrud